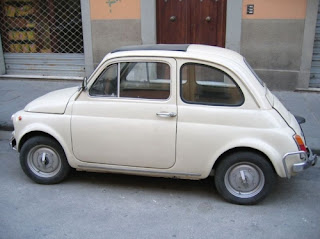 Following up on yesterday's post, the Obama administration is once again committing to rule by decree . . . here's the lead paragraphs from this story from FoxNews.com:

HONOLULU, Hawaii -- After failing to get climate change legislation through Congress, the Obama administration plans on pushing through its environmental policies through other means, and Republicans are ready to put up a fight.


On Jan. 2, new carbon emissions limits will be put forward as the Environmental Protection Agency prepares regulations that would force companies to get permits to release [so-called - SLC] greenhouse gases under the Clean Air Act.


Who cares if Americans don't want it?  So what if Congress rejected this job-killing baloney.  King Obama will just do it anyway by executive fiat.

Whatever happened to separation of powers?  I guess they don't teach about that in Indonesian (or, apparently, even Hawaiian) grade schools.
Posted by St. Louis Conservative at 11:58 PM 0 comments

The Ghost of "Christmas" Past

I happened to drive past a St. Louis County auto dealership today and noticed three signs.  One said "Happy Hanukkah".  Another said "Happy Kwanzaa".  And then, the third, said . . . what would you think?  "Merry Christmas" maybe?  Just a sales staff covering all bases - that might make some sense.  But no, the third sign was the now ubiquitous "Happy Holidays"!

"Happy Holidays" has become the omnipresent, politically correct greeting for December.  Stores don't have "Christmas" sales but "Holiday" sales.  The word Christmas has become taboo in America.  National reporters even apologize for using the term.

Now the PC-police removing "Christmas" from public places is bad enough, but "Christmas" is being removed from our private lives too . . . without many noticing.  Over 1/3 of the "Christmas cards" that my family received this year did not mention "Christmas" at all.  And only about 1/3 of the cards that mentioned "Christmas" actually had anything to do with the story of Christmas.  The rest were about Santa and snowmen and presents.

What is happening?  Why is it not okay to remember that Christmas is a celebration of the birth of Jesus Christ?  Why is it frowned upon to be a Christian and publicly celebrate a Christian holiday?

Jews stand up for Hanukkah.  African-Americans even stand up for Kwanzaa.  And it has remained okay to talk about both.

It is time for Christians to stand up for Christmas.  In 2011, please, join me and boot the generic and oh-so-politically correct "Happy Holidays" and wish the world a Merry Christmas instead. 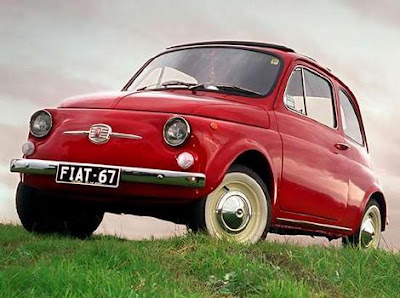 It comes as no surprise that one American president, South American that is, has embraced the power to rule by decree.  That president is Venezuela's Hugo Chavez.  (Link to story here.)  But at least Hugo waited until his country's legislature officially gave him that power.

In North America, a president is ruling by executive decree and bureaucratic fiat as well.  Of course, that president is the United States' own Barack Obama.  Here are two recent examples . . .

#1:  Remember the brouhaha over "Death Panels" originally included in the monstrous bill that brought us (or is bringing us) Obamacare.  Without rehashing the details, suffice it to say that at the very least Obama and the majority of the Dems wanted end-of-life planning included in patients' government funded annual checkups.  Pro-Life conservatives opposed and won the battle.  The provision was removed before Obamacare passed.

#2:  "Net neutrality."  The Obama-controlled Federal Communications Commission has decided to jump into the field of internet communications and regulate those communications as it does television and radio.  To date, standing alone, the reasons and the proposed regulations may even seem innocuous.  But the fact of the matter is, the government regulating the free flow of information on the only communication outlet not controlled by the political left wing in America should cause some pause.

Now, certainly in a representative democracy, the will of the people on this issue should matter, right?  Certainly our elected representatives in Congress would be the ones to determine whether or not a new field should be opened to government regulation, right?

Not in Barack Obama's America.  Nope.  Congress passed no law unleashing the hounds of the FCC on the internet.  And, according to this Rasmussen poll, just 21% of American voters want government regulation of anything on the internet.   A majority opposes such regulation in favor of a free market.

Welcome to America.  You and I are the great unwashed.  What you think doesn't matter - at least to President Fiat.  He knows best.  The great father looking out for us from the mountaintop.  So he thinks. 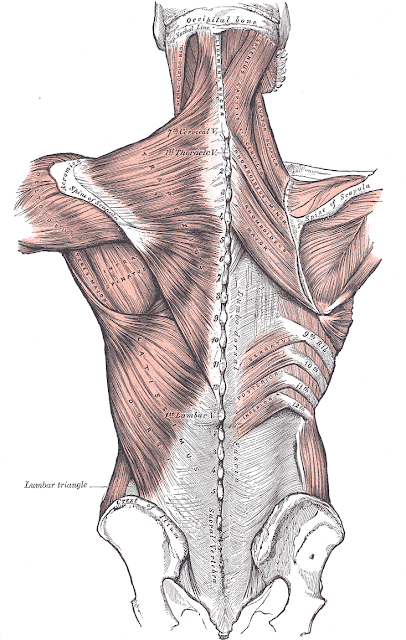 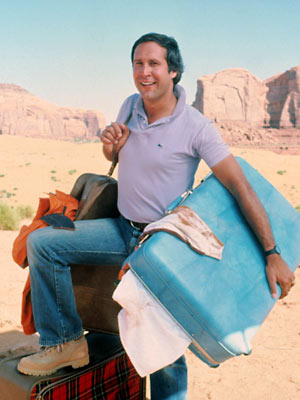 Have you ever seen such a rush to avoid representative democracy?

Last time I checked, the American people decided to kick a bunch of Democrats out of Washington.  The election was in November but the losers remain in office until January.  That's the way it works.  Every two years there is a lame duck session of Congress.  But not every lame duck session tries to ram through legislation to enact the policy ideas that got those lame ducks fired in the first place.  This one, however, seems to be doing just that.  (Link to story here.)

Certain issues, do, of course, need to be dealt with immediately and cannot wait for the new congressmen and women to take their seats in January - like taking definitive action to prevent the coming January 1 tax increase for all taxpayers.

On the other hand, most of the issues being raised by the Democrats are being raised now simply because they have no hope of passage when the breath of fresh air arrives (and takes over) in January.

But isn't Congress elected to do the will of the people?  Apparently, Democrats don't think so.
Posted by St. Louis Conservative at 11:31 PM 0 comments 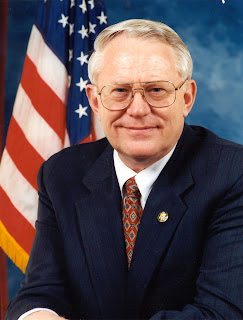 Meet Joe Pitts (R-Penn.).  With the G.O.P. takeover of the House of Representatives coming in January, he will be the new chairman of the Energy and Commerce Subcommittee on Health.  (Link to story here.)  According to the National Right to Life Committee, Congressman Pitts has "made protection of the sanctity of innocent human life the cornerstone of his service in the House."  And, even more impressive, a VP of the euphemistically-named Planned Parenthood Federation of America described Pitts as "as anti-choice as a member of Congress can be."  That's good enough for me.

What "Planned Parenthood" is saying, in their typical doublespeak spin, is that Joe Pitts is Pro-Life.  He won't support legalized infanticide and will do everything in his power to eradicate abortion or, at the very least, prevent your money and mine - taxpayer money, the only kind that the government has - from funding the wanton slaughter of children.

This is why we vote for Republicans.  Now let us all hope and pray that with (some) power they can make a difference.
Posted by St. Louis Conservative at 11:48 PM 0 comments

Too Close for Comfort 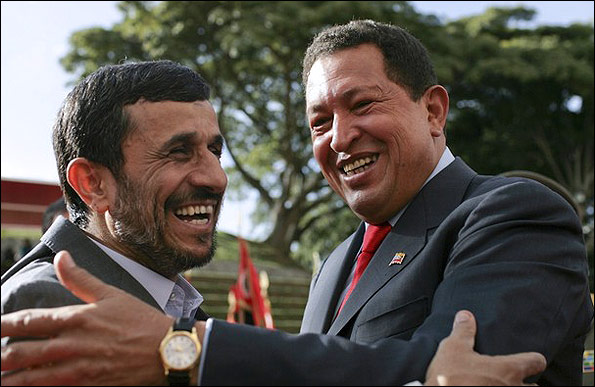 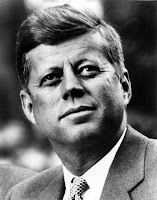 The United States faced a similar threat in 1962.  Lloyd Benson once said, famously, that Dan Quayle was no Jack Kennedy.  Is Barack Obama?
Posted by St. Louis Conservative at 11:39 PM 2 comments

Deal or No Deal 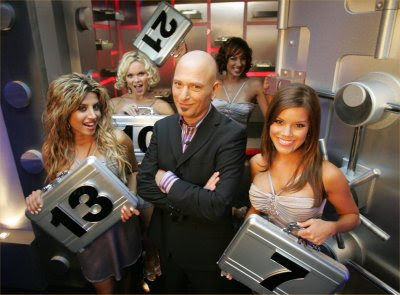 No deal.  Link here for details.

Unless there is a deal, your taxes will be going up in January.  And you'll have the lame duck Democrat Congress to thank for that.

If that happens, I have a suggestion for the incoming GOP majority . . . House Bill #2* should be an immediate and retroactive reinstatement of the Bush tax cuts, with no additional spending attached.  If Obama and the shrunken Dem majority in the Senate want to block that bill, be my guest. 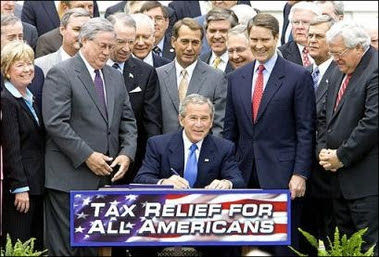 It appears that the GOP victories in November have given Barack Obama a new perspective.  Tonight, an agreement has been reached to extend the Bush tax cuts.  (Link to story here.)  This was, by far, the most important thing on the agenda for the lame duck Congress.  I suppose, technically, it is still on their agenda but I can't really see the Congressional Dems blocking their president's compromise.  Failure to extend the tax cuts (a.k.a. a massive tax increase) would be a massive blow to the American economy.  Washington, on this one, isn't failing.  Thankfully.

Surprisingly, Obama's also seen the wisdom of cutting taxes.  Apparently included in the deal is a cut of 2% from the Social Security payroll tax . . . from 6.2% to 4.2%.  Wow.  FICA's going to be taking less of our money.  I can get behind that idea.

Now, the deal far from perfect.  The Bush tax cuts are only being extended 2 years - so we'll have this fight again in the lame duck session of the 2012 Congress.  And, the payroll tax cut is temporary too.

There are extensions of some tax credit programs too.  I don't know enough about the specifics of those to comment (sorry, I just don't have the time).

But long-term unemployment benefits were extended for an additional 13 months as well.  How working American taxpayers can continue to pay Americans who are not working for 99 weeks?  That's just four weeks short of TWO YEARS folks . . . TWO YEARS!  There's no money - but we're paying people to sit at home and watch Oprah or Days of Our Lives.

Enough, eventually, has to be enough.

But allow the criticism to wait for a little while.  Take the deal and smile.  Enjoy the boost in your paycheck.  Spend it.  And let's create an actual recovery.
Posted by St. Louis Conservative at 11:15 PM 0 comments